Ethiopia for the Day 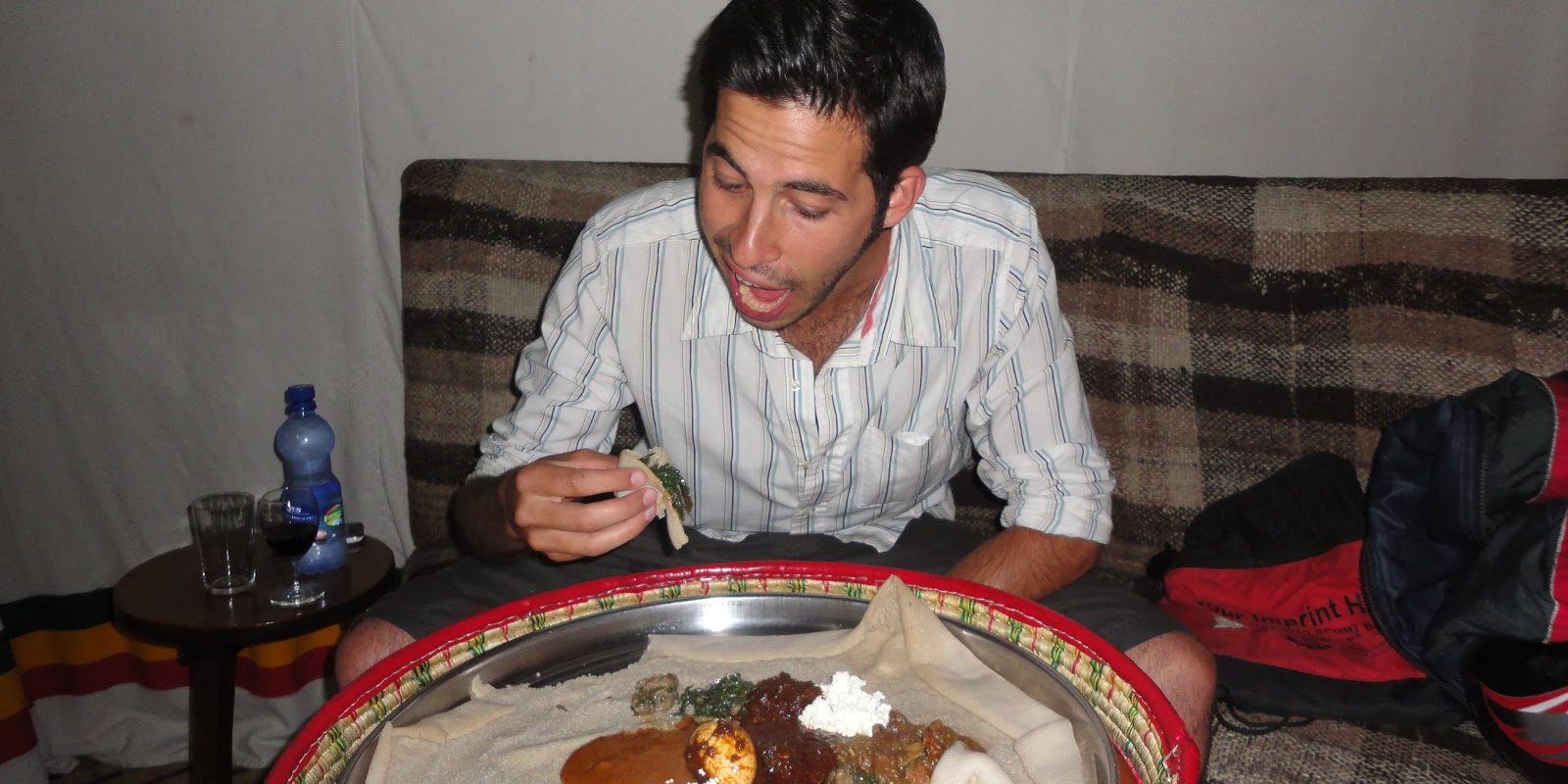 I get a free hotel room?

Yes is complimentary because of your long layover in Addis Ababa. You have the hotel room until 7 p.m. The shuttle bus is waiting for you outside baggage claim.

Well, no thanks. I actually have friends in the area I could stay with for the day.” I said and after thinking it I sounded like a jerk.

She looked at me shocked considering that I was only in the capital of Ethiopia for 16 hours. Before my next flights to Cairo.

“A couple of weeks back you told me that you had a secret to tell me and when I asked you you said you would tell me in person. I’m dying to know what that is.”

“O ye” she said after a few seconds of contemplation. With a half smile and eyes looking down she sighed” it isn’t a good secret. I hate my job”

I couldn’t help but feel bad for her. 3 years prior we met in Manhattan and became friends. As we sat in Bryant park under the June sun, she told me she might have an opportunity to work in Ethiopia. I was super excited for her, mainly for passion just in talking about. A year later, she left that job in Ethiopia for a new job in Ethiopia at the world food organization. I congratulated her just months before visiting. Hearing this news made me wonder if it was Ethiopia or Esther.

We spoke about what would be the next move for her and she told me another list of great opportunities with a big smile on her face. That was the great thing about Esther, anytime she had something bad to say he usually did it with a smile. As her co-worker started to pour into the meeting room, she shooed me out and said we would meet later.

As I exited the building, The driver signaled me over. I got in the car and allowed him to drive me to Esther’s house. It was a very nostalgic drive. I saw familiar sites and roads. The previous year, I had a near perfect time in Ethiopia. It was one of my favorite countries in the world and contained most amount of amazing experiences compared to every other country I have been to. As the rain drizzled and streaked across the window, I gazed out and day dreamed of all the Ethiopian memories. How friendly the people were to me. How tasty the food was. The children from the orphanage I volunteered at. The fun times with Esther and her boyfriend, Mohit.

We pulled up the the gate of Esther’s house and a familiar face greeted me. It was Mohit. Mohit was a stocky indian 30 year old that had frizzy hair with a goatee surrounded by stubble. He was always working and hustling with brief moments of having fun in between. He was a personal trainer, real estate agent, and countless other side hustles. He had a slick confidence that made me laugh. When Esther was working, he would always take me around the city on his motorcycle and buy me food. I knew he wasn’t always genuine to other people, but he was always a good friend to me. 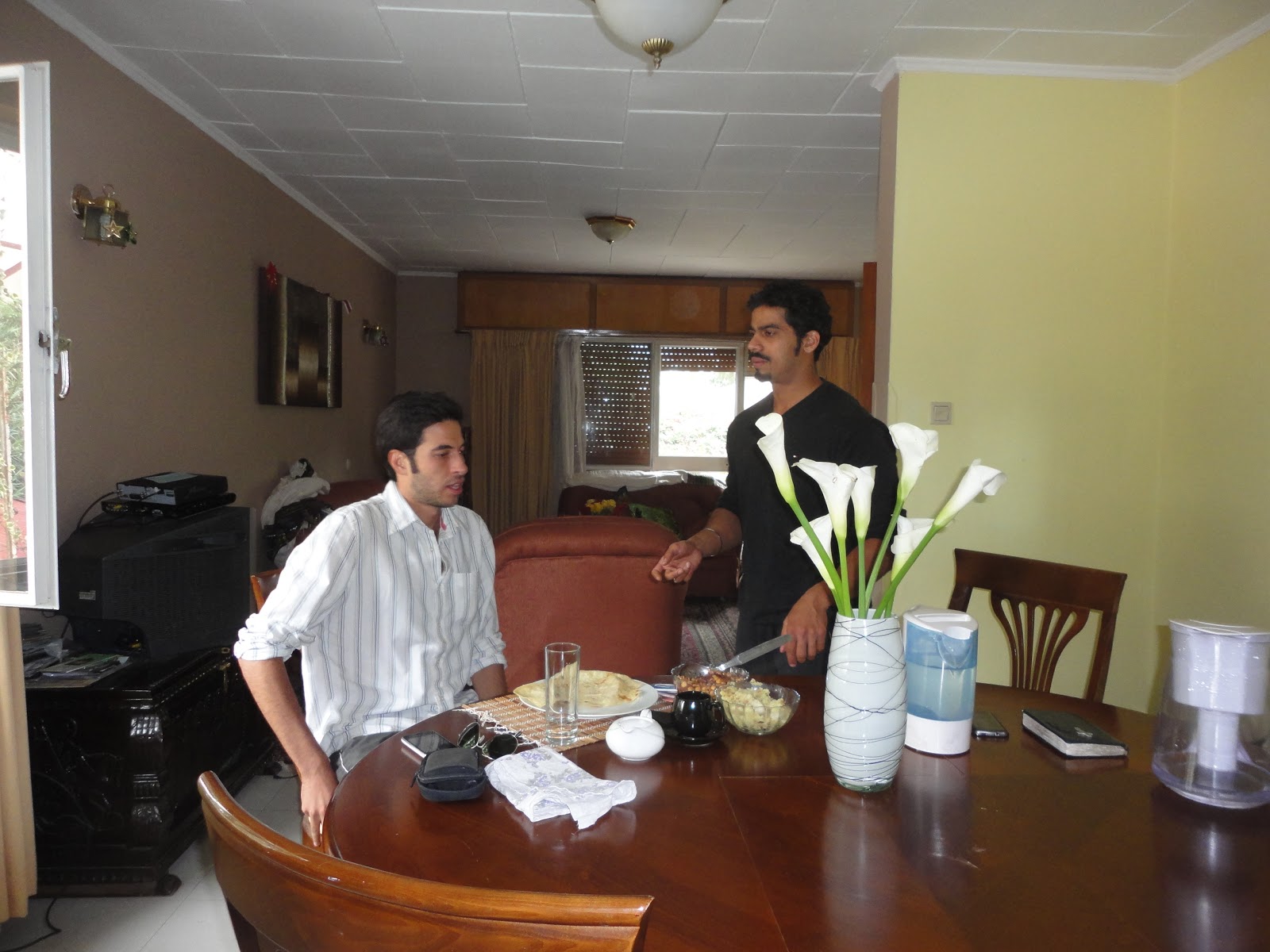 As I came into the house, Mohit demanded I sit at the table. He ran into the kitchen and brought out chapati and a curry dish.

“I know it’s early in the morning but I made you some food. You must be tired and hungry. Eat up,” he said as he pushed the food in front of me. This was completely unexpected and warmed my heart. He asked me about my girlfriend and congratulated me on the baby to come. Mohit was a Father as well and gave me some advice. We sat, ate and chatted for a bit until he got a call.

“Hello! Yes I’m on my way and stuck in traffic. I know our appointment is at 1030 but I will be there at 11. My motorcycle wasn’t working. Ok. See you soon.” He said acting frantically on the phone as he winked to me. Same old Mohit. “Ok, I have to go train someone and will see you for lunch. We will go to our old spot in Mexico.” He said as he put on his helmet and rushed out the door. Mexico was the name of a neighborhood in the city. Silence fell upon the house and my tiredness set in. I kept thinking about Christine. We spent 5 weeks together in Thailand and Laos and I missed her so much. We partied the night before in Bangkok. My thoughts and I sunk into the couch while ethiopian music played in the background. A few minutes of sleep can’t hurt.

Consciousness eased in an hour later with a puddle of drool on the couch pillow. I haven’t drooled in years, that I know of.  I was still tired and could have slept the entire day if I wanted to but there was only one day in Ethiopia and I wanted to make the best of it. The drool on the pillow magically disappeared when I flipped it over. Problem solved. There was a SIM card on the table that Mohit left for me. It had about $10 worth of money on it which could last weeks. My Iphone 3 was all set to make and receive calls.

After some wandering on the street, I found my way to Laphto. It was a mall that i always loved visiting. My friend, Yami, had a restaurant there and her Father owned the mall. We used to cook in her restaurant kitchen several times a week and then go to the sauna in the gym after hours. The Laphto I remembered was full of shops and people flourishing through the halls. When I arrived, I was shocked. Yami’s restaurant seemed to be closed along with her office. The seating area was dusty and contained debris. It was a bit sad to see the restaurant was out of commission in a year.  A quarter of the shops have closed down and the overall maintenance seemed to have dwindled.  Areas under construction from the previous year were still under construction with little progress made. At Least the green grass in the courtyard was still there with the swimming pool. The courtyard was always my favorite because of the green grass and quietness. Addis Ababa was a dusty concrete city and the grass was a rare oasis. I sat for about 30 minutes reminiscing. Mohit called me saying he would pick me up. 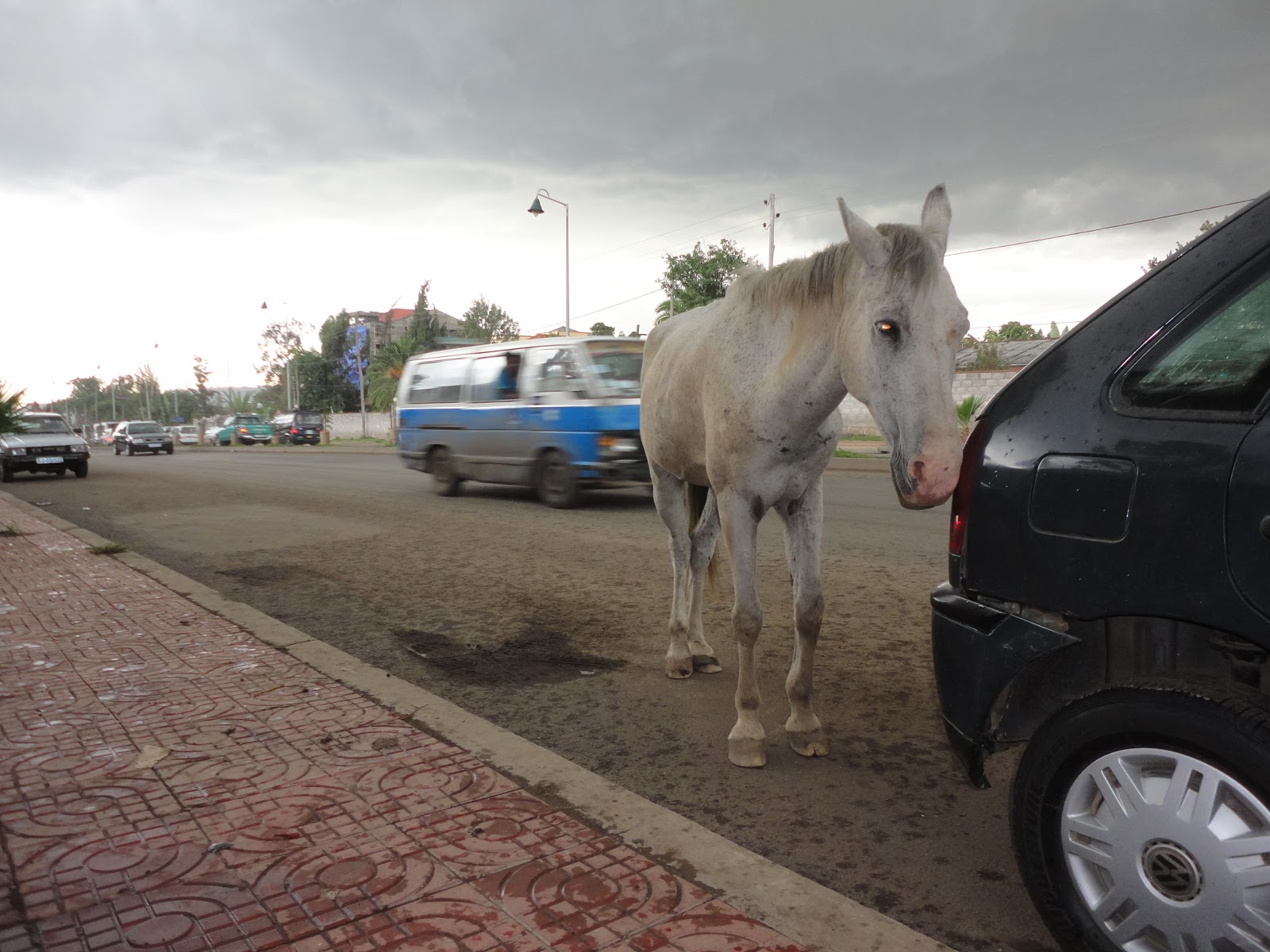 A fun motorcycle ride through the crowded city was just what I needed. We went to our favorite restaurant and I let him do the ordering. The spongy pancake, called injera, is a staple in Ethiopian cuisine. Since leaving Ethiopia, I have craved enjera and the authenticity of Ethiopian food. We stuffed ourselves with as much as we could. Not used to the chili powder, mitmita, I ate too much and started tearing. For some odd reason, it became a tradition with Mohit to see how much food I could fit in my mouth. My fist was filled with a baseball size portion that i tried to jam in my mouth. It failed fitting in my mouth but succeeded in getting a laugh. Good thing we were privately seated in a little tent. 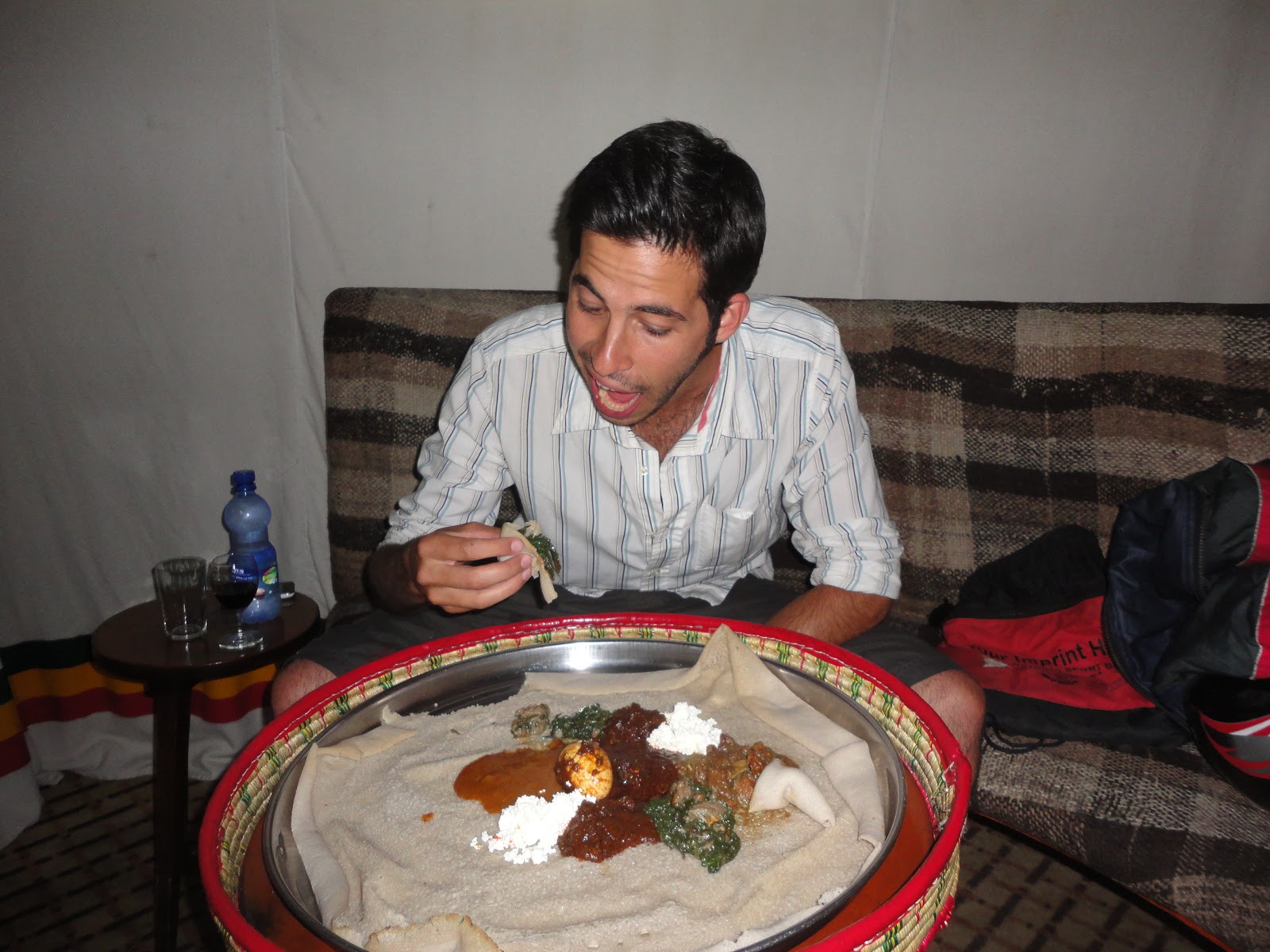 We cruised through the city once again. I don’t know why but I decided to stand up and put my arms out. Usually a full belly makes me happy.  Monitor stood up too. The image of 2 people standing up on the motorcycle riding down a busy street must have been strange. 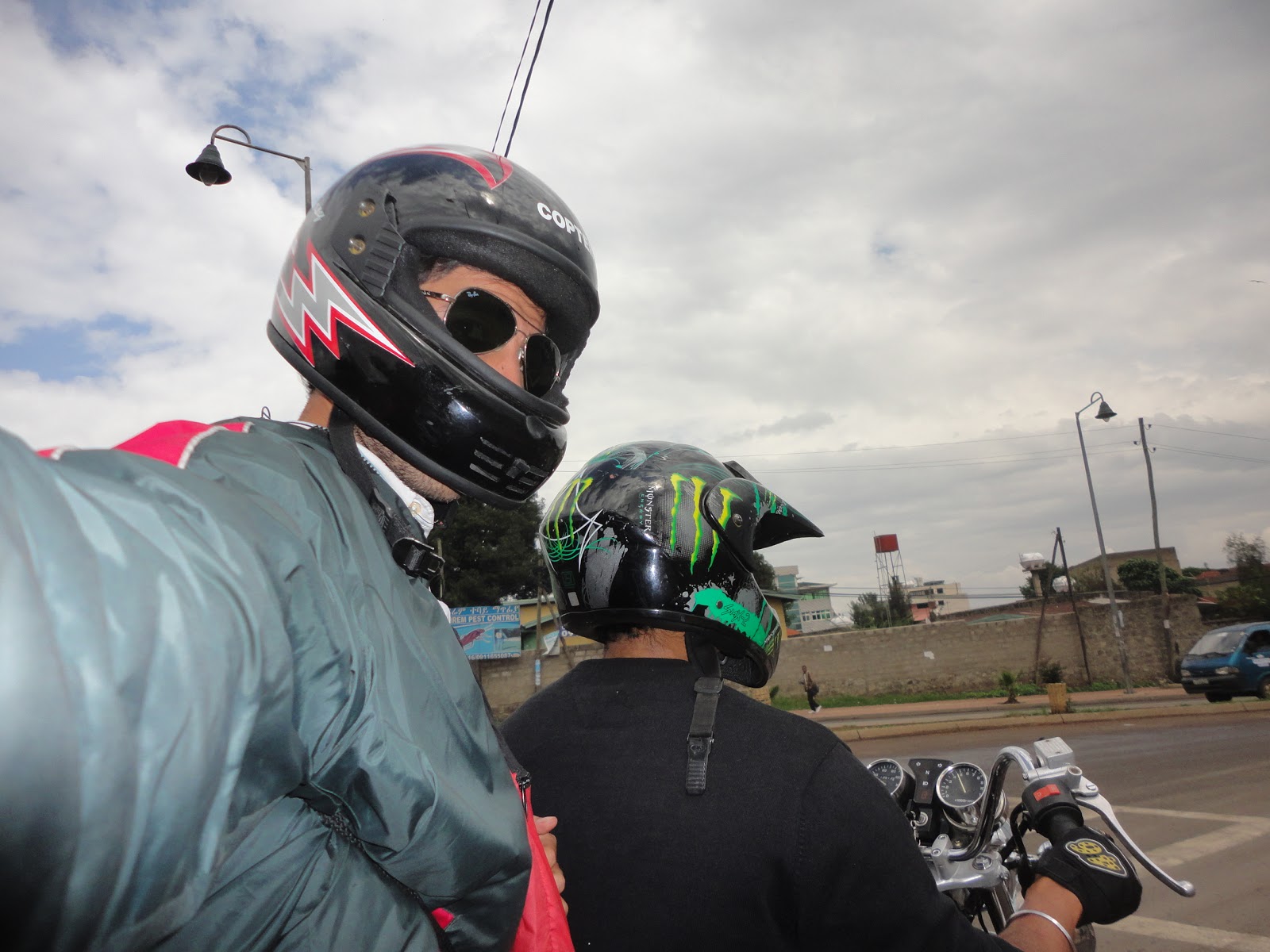 After Mohit dropped me back off at the apartment,  I started on the task that Esther gave me. Coordinate dinner plans. She have me the names and numbers if her friends. It was my responsibility to pick them up and take them to a restaurant within walking distance of the Airport.

It was about 3 hours before dinner and I wanted to visit the orphanage I volunteered at the previous year. It was 3 pm and the kids were just getting out of school for play time. We used to play soccer, hide and seek and other games. The best part was that they treated me like one if the kids in their games. The truth was that I felt like a  kid. I I remember completely losing track of time and being so in the moment if playing and never thought of anything else.  It was rush hour and I knew it would take over an hour to the t their and hour to get back.  I would have been late for the the little time set aside for Esther. It was a sad decision to not go but it was the best at the time. 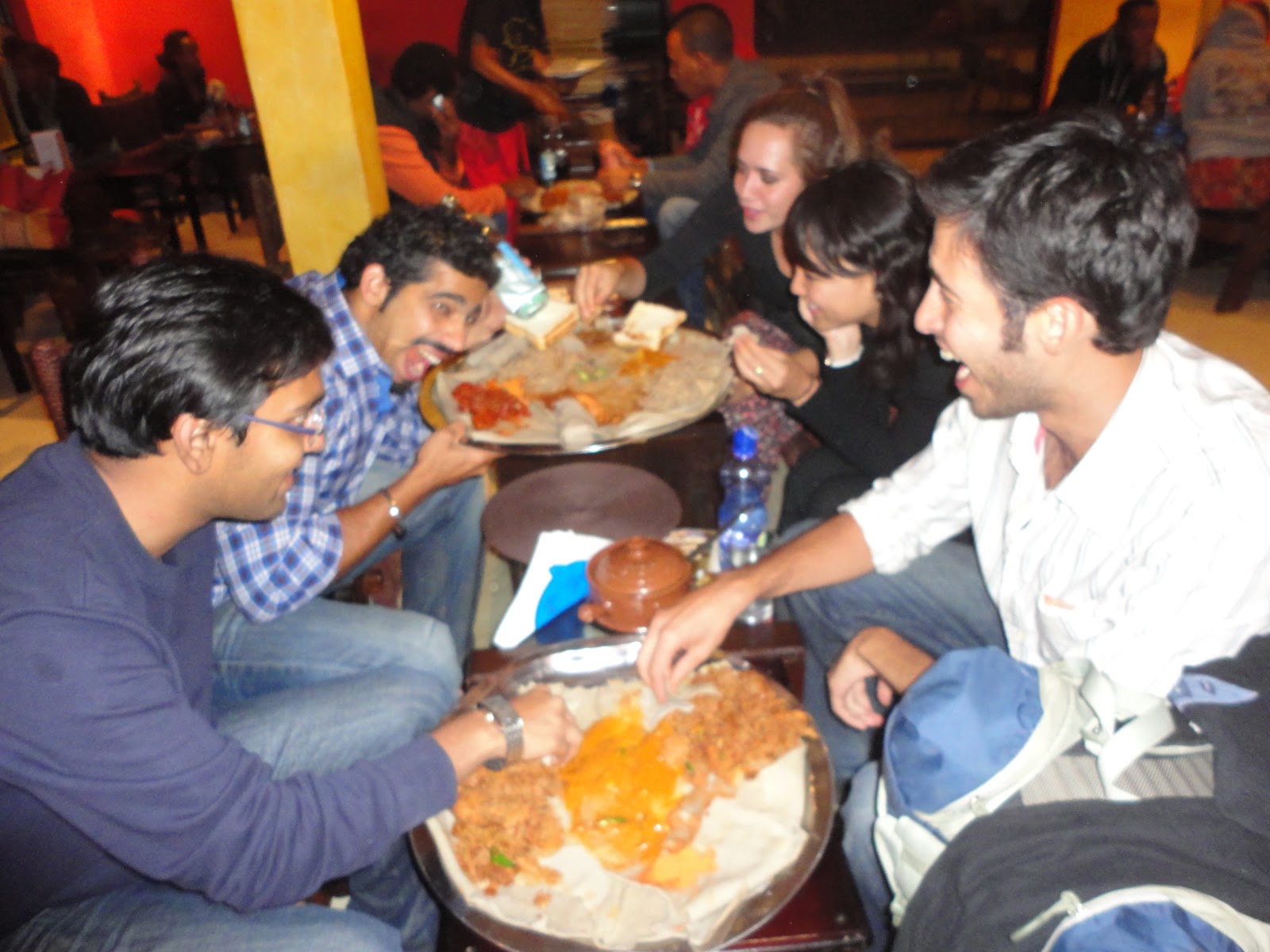 Esther, Mohit and friends all met me at the restaurant for dinner.  Esther’s friends were nice and had interesting reasons for being in Ethiopia.  Sean, an Indian American,  was a food scientist helping the world food organization with nutritional information.  Sarah was teaching English at a school and was originally from Britain.  We ate and laughed and made our way to the airport on foot. My friend Yami made her way to the airport to say hi and bye before I went through security. Onward to Egypt. 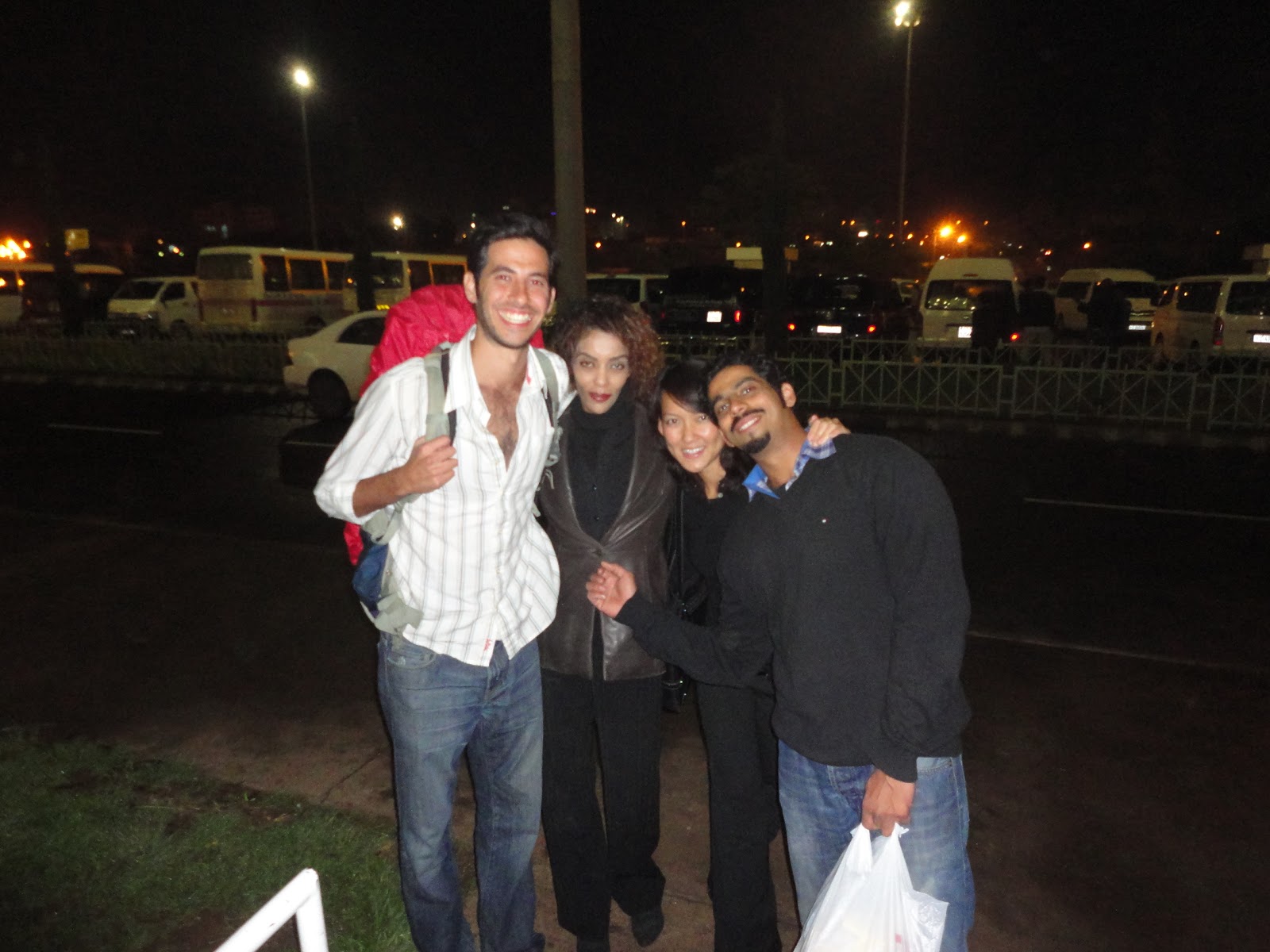