I Paid $44 Round-Trip To Chicago With Spirit Airlines 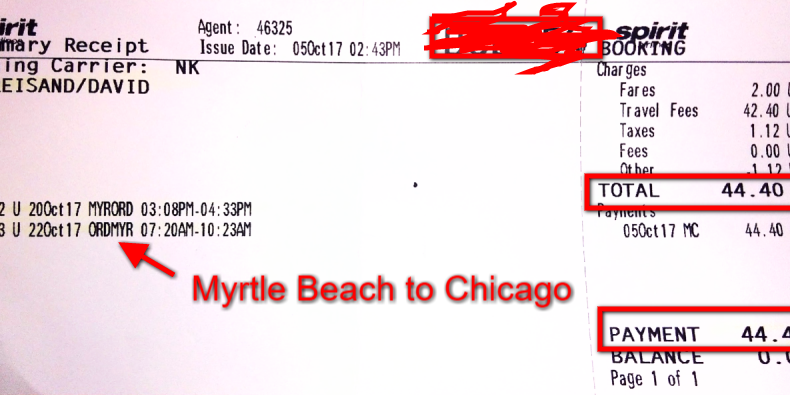 Advertiser Disclosure:This site is part of an affiliate sales network and receives compensation for sending traffic to partner sites, such as CreditCards.com. This compensation may impact how and where links appear on this site. This site does not include all financial companies or all available financial offers.
Ever since moving to Myrtle Beach, South Carolina, I have adjusted to lack of choices in Airlines. With the added benefit of warmer winters, comes the loss of living only 20 minutes from two major airports(JFK AND LGA). We took for granted how easy it was to live in New York and have access to almost every airline in the world.
Keeping up with our habit of traveling atleast six times a year, we have become accustomed to Spirit airlines. Go ahead, make a joke. Usually any mention of Spirit airlines creates a knee jerk reaction of stating how bad the budget airline is. Well, that’s with good reason u suppose. Spirit airlines has been vited the most hated Airlines for several years.
If you have never used Spirit before, it is a different experience compared to the legacy carriers such as American airlines, United airlines, and Delta. As a budget airline, spirit charges for you to chose a seat, pay for a checked bag and carry-on (past certain size), and your print boarding pass at the airport.
As a family of three, we rarely ever check a bag. We love fitting everything we need in a back pack and not deal with the struggle of hauling around a large suitcase. No risk in losing baggage or waiting forever at the baggage claim. We pick up and go wherever we want. This is why we don’t care if they charge for baggage, it doesn’t apply to us. 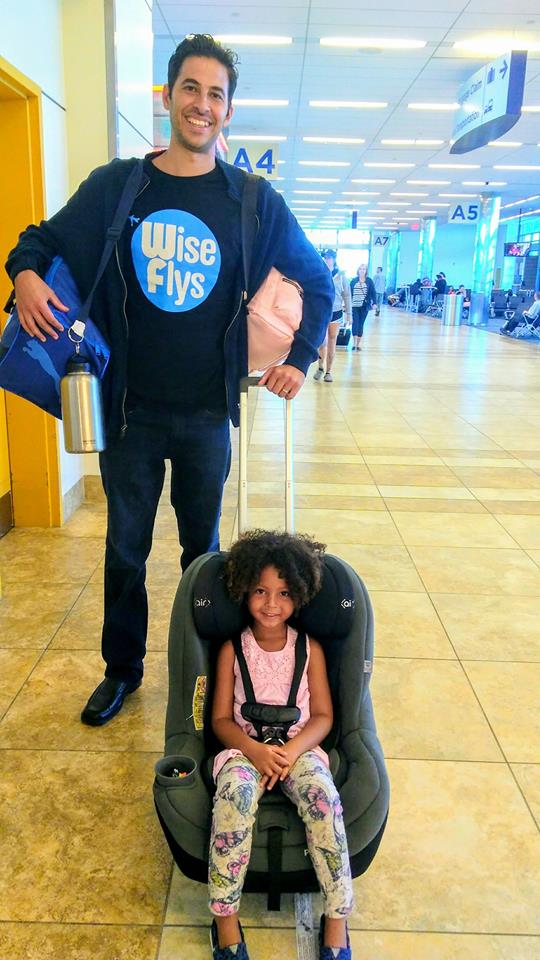 At the airport with all our stuff in two free carry-ons a week vacation in New England.

So having booked many tickets with Spirit since our move down south last year, I was surprised to learn that you can save money by buying your Spirit tickets at the airport. That’s because Spirit classifies part of the ticket cost as a fee which allows them to avoid paying the 7.5% federal excise tax on that amount.

In order for a fee to be exempt from the tax, there has to be a way for the passenger to avoid paying it. Which Spirit lets you do if you book your tickets at the airport.

In other words, the whole thing is really just a loophole that Spirit uses to pay fewer taxes.

The passengers could care less just as long as the tickets are cheap.

We aren’t talking pennies, it’s actually a good chunk of change. Spirit’s so-called “passenger usage charge” is actually $18.99 per ticket, meaning you can save about $19 on a one-way, or $38 per round trip by buying your tickets the old-fashioned way at the airport ticket counter. Multiply that by multiple family members traveling together and the savings add up quickly. As a family of three, we save $114 by buying at the airport.

Last week, I decided I wanted to go to Chicago seminars. It’s a meet up for miles and Points enthusiasts. In my mind, I thought if I’m going to a Miles and Points seminar, I might as well use points to get there. Before searching flights with Points, I decided to get an idea of the cash fare.

To my surprise, it was only $88 roundtrip from Myrtle Beach to Chicago on Spirit. That’s a great price compared to the next option of $247 roundtrip with American airlines. With an already low price, can it get any lower? Absolutely!

The flight was two weeks away and within the three week window where random price spikes can occur. With the airport only 15 minutes away, I decided to buy right away. 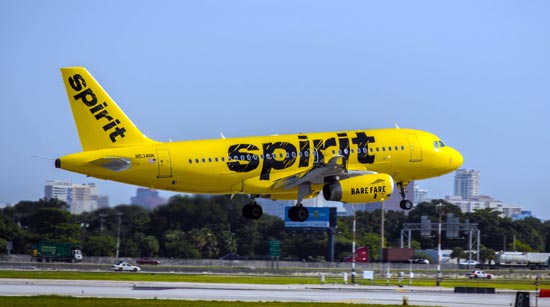 I arrived at the airport at about 2:40 pm on a Thursday afternoon with my four year old daughter, Bella. I parked in short term parking at a rate of $3 per hour. I knew this fee would cut into my anticipated savings, but whatever, still saving money. From the parking lot, it was only a two minute walk to the Spirit ticket counter.

As I walked through the terminal, I pulled up the spirit website on my phone to verify the current price of the MYR-ORD flight. Releived, the price was the same.

When we arrived at the Spirit counter, the corral was completely deserted, as there were no passengers waiting to check their bags. This being the second time buying tickets at Spirit, I knew the drill of walking up to the counter. The friendly spirit agent asked the airport and dates. At that point, I asked him what the price of the ticket would be, just to be sure. He informed me the ticket would cost $44.20

Even though that’s what the expected math said I should expect after the passenger usage fee was waived, I was still sort of shocked. Who buys an airline ticket for under $45? No hidden fees or weird taxes. Just $44 for a round-trip to Chicago.

After paying with my spirit credit card, he issued the ticket and gave me a receipt with the confirmation number on it.

That was it. I had successfully bought a Spirit ticket at the airport, and had saved $38 in fees. Aside from letting my daughter run freely through out the airport after purchasing the ticket, the process was a painless five minutes.

Have you ever purchased Spirit tickets at the airport?