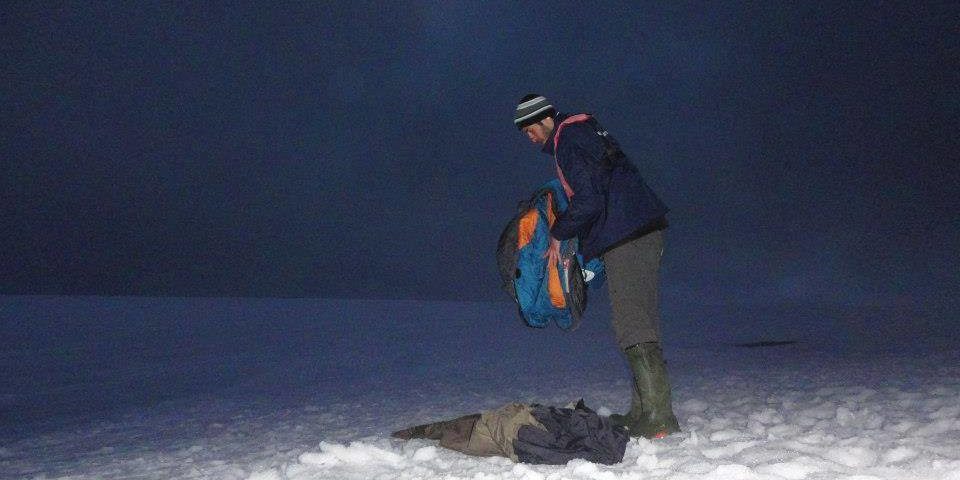 I can easily say that one of the most memorable and amazing experiences of my life was sleeping on/in/at/with Antarctica.

When signing up to visit Antarctica in 2013, the option of camping out overnight was offered. Without hesitating, I knew I had to do it. At most, there are 1000 people(almost all are scientists) on the continent of Antarctica and only a few thousand are permitted to visit each year. I am very fortunate and appreciative to have had the opportunity.

On the second day of landing in Antarctica, the group of 25 people planning to camp out anxiously waiting to enter the zodiacs with sleeping bags in hand. I remember getting in the zodiac and thinking to myself “tonight I won’t be sleeping in a cabin with three other dudes, I will be sleeping outside the most isolated place on earth…cool.” 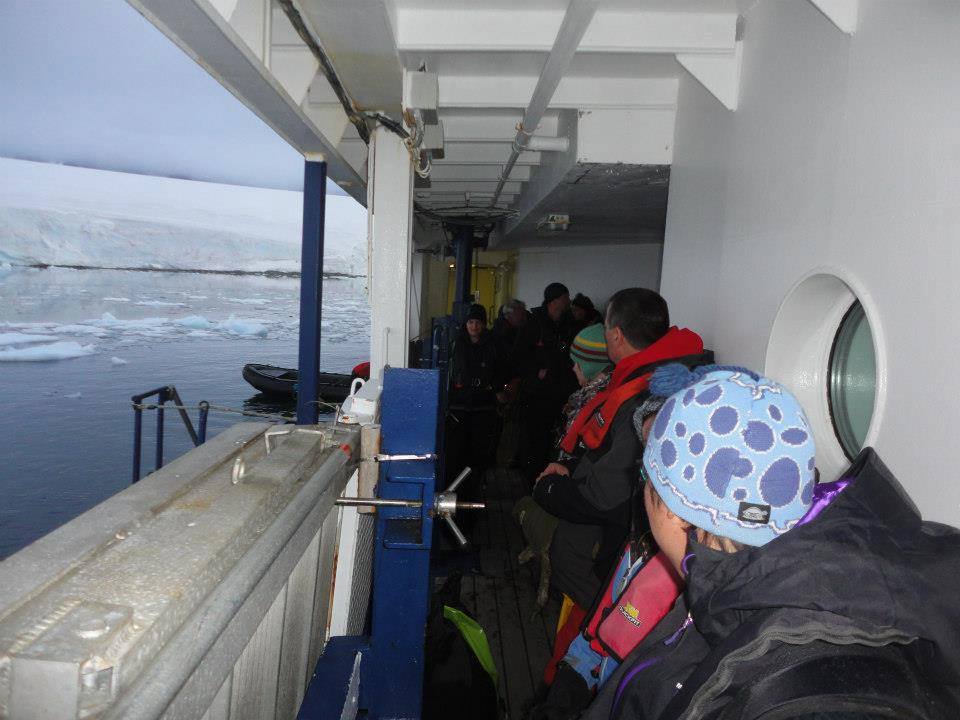 Waiting to leave the ship and go camping

The ride away from the ship was slow as we passed by the majestic mountains with the moon resting up top. It looked like a movie set the way the water was still and each iceberg was perfectly placed. My excitement didn’t even let me feel the cold. After jumping off the zodiac into the water splashing half way up my boots, I tiptoed from Rock to the next reaching land. 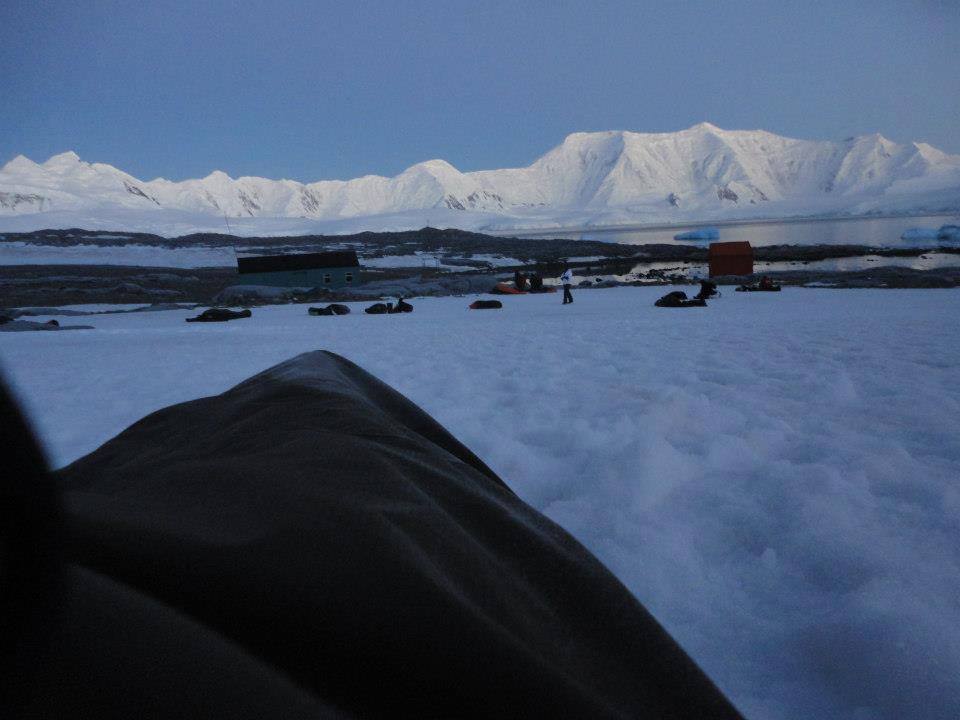 The view from Darwinian Island of where we slept

We walked up the hill and saw a flat white icy space. “Everybody go pick your spot,” said Andrew, our guide. I decided to be the farthest away from everyone and give myself at least a 50 foot radius. Tossing my sleeping bag down, I watched everyone else spread out.

I started to set up and opened up the water proof bag contains my 3 sleeping bags that would hopefully keep me warm. There was no tent provided so what ever lovely weather the continent gave us, we were stuck with for the night.

I wore scrubs as pants and a thin long sleeve t-shirt which worked out perfect. Last minute I decided to not wear socks because a guy told me I would be too hot. It was about 10 pm when I zipped myself up. It wasn’t too cold getting in the sleeping bag and warming up. My concern was putting my clothes back on in the morning.

The stars were crystal clear and the air was crisp. Every hour I would stick my face out of the sleeping bag to gaze at the stars and moon. Sometimes I would fall asleep and my face would feel half frozen. There wasn’t much sleep as my excitement was high and the penguins in the distance were talking with their outside voices. My body stayed warm through our the night. 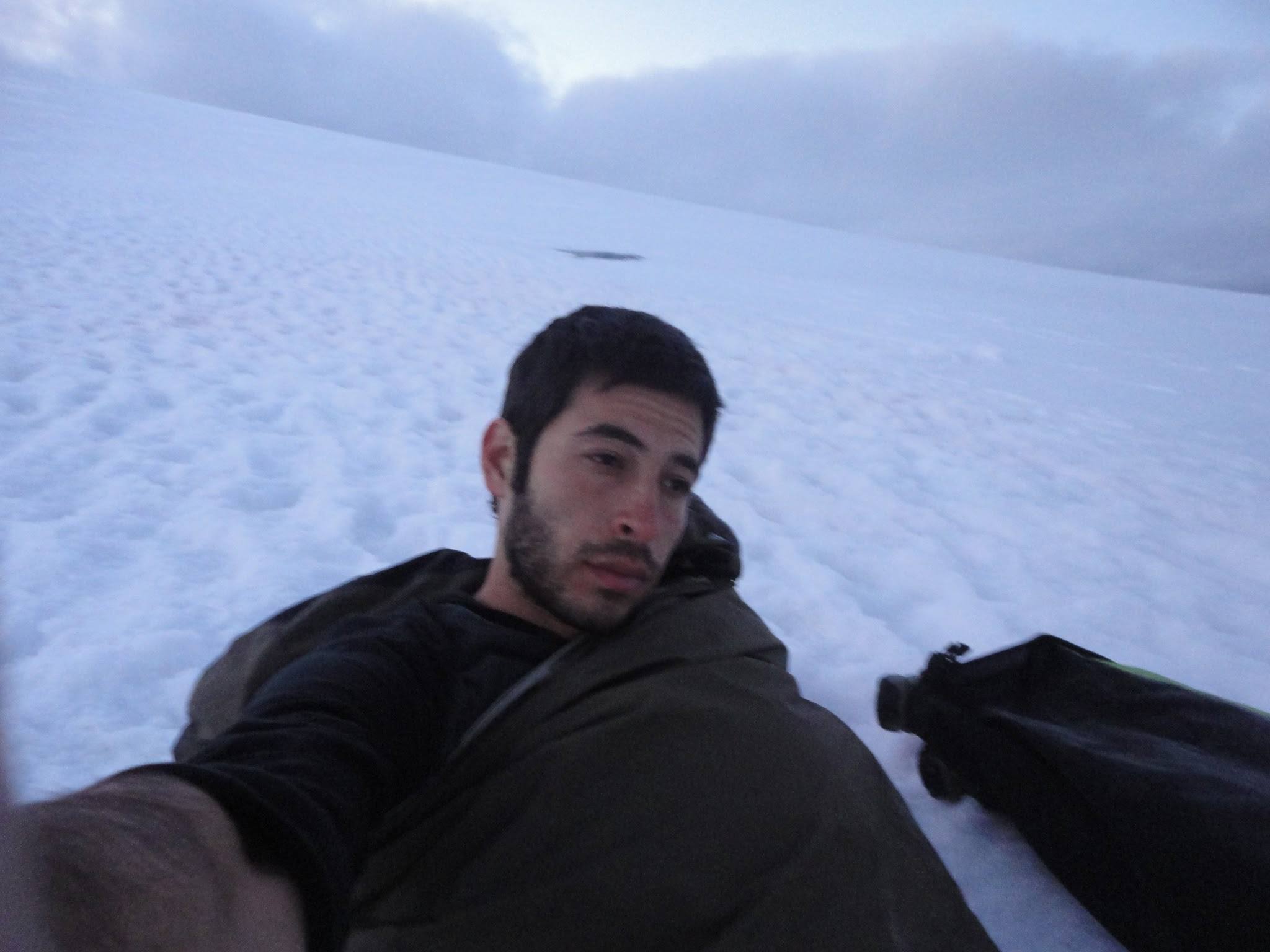 The sun made its first appearance at 4am as the mountains reflected the light. Poking my head out of the sleeping bag like a chick out of an egg, I saw I was the only one awake. I laid in joy as the mountains began to turn pink. Even though I barely slept, I felt well rested. My belief is that there is something about not having any electronics or distractions to contributes to restful sleep. It was quit and peaceful with a serene energy that blanketed the landscape.

Slowly, we began packing up our sleeping bags as Andrew went around waking everyone up. This was the part I dreaded. How was I going to go from being all warm and cozy to a freezing cold morning? Umm, just suck it up and do it as fast as possible. Jumping up and rushing to put on my pants and top layers that were just as cold as outside, my core remained cold and didn’t warm up until getting back to the ship. 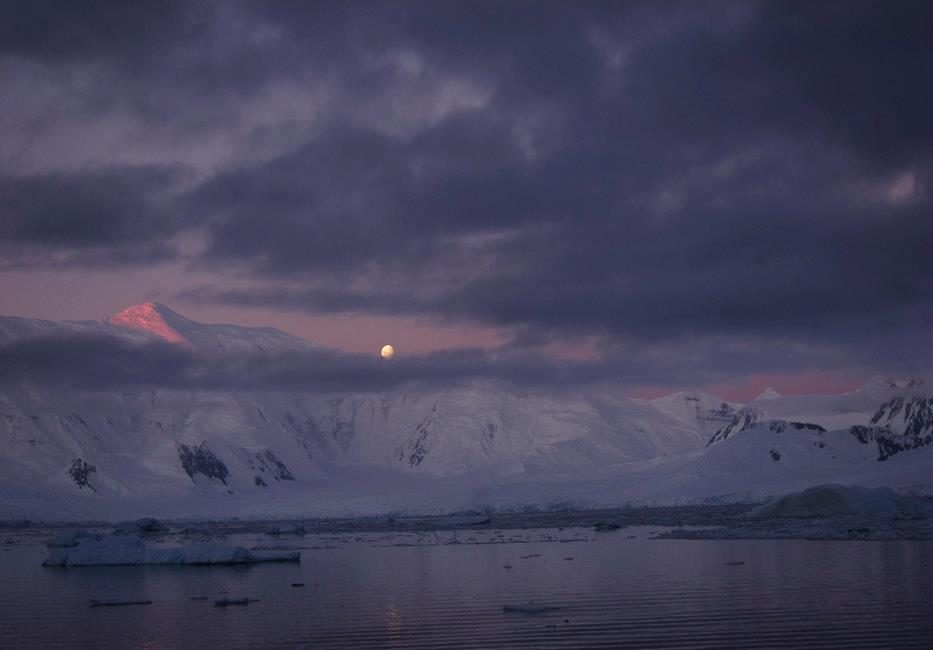 The zodiac ride back to the ship was the coldest ever but it also had the nicest view of the sun rise reflected on the water. What a beautiful night that I will never forget.

Next time I need beauty rest, I’ll go back to Antarctica.